If you see this blog, you're excused to think that this is one of the many abandoned projects. And those who started worlds and didn't finished them are excused in my books - it is incredible how many work it is, and I'm sure I'm not the only one who quite underestimated it. But this project is not dead, to the contrary I put about more then 350 hours into it so far. And I will have to spent at least the same amount of time until it is anywhere near finished. 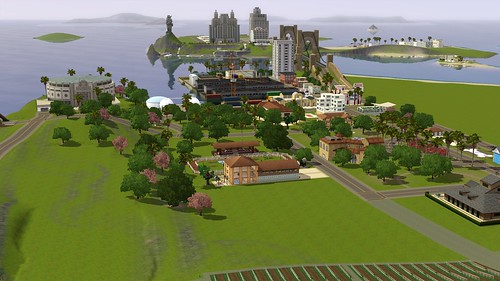 All the while I made a lot of screenshots and kept a journal, just not here but in a german Sims 3 forum. You can find the links in the right top corner of this blogs. And there I've been asked if I know when it will be ready to be published, which I think will be in about three to four months, I thought it would be a good idea to start using a public Project Management software to demonstrate my work in detail and later on collect bugs in the public beta. 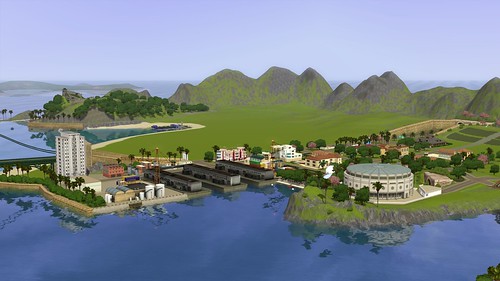 In this map view you can see what is already populated and what is finished. And with a sharp eye you can guess what is work in progress. 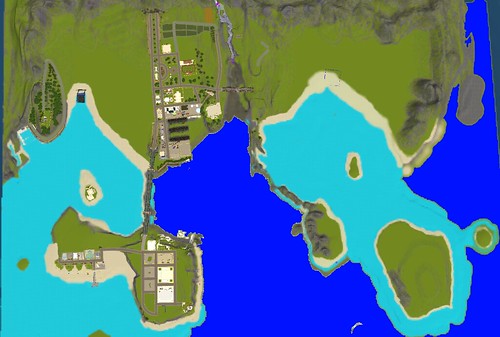 Posted by SarahAndrea Royce at 6:55 AM No comments:

Sims 3 is currently in the Sweet Spot. All expansions are available and if you look around, you will find them all for prices between 5 USD and 10 USD. Given the sheer number of stuff packs, worlds and extensions it will still be a very expansive game if you get them all, but in my humble opinion it is worth it, because, as an avid gamer, it is also the game I spent most hours with. 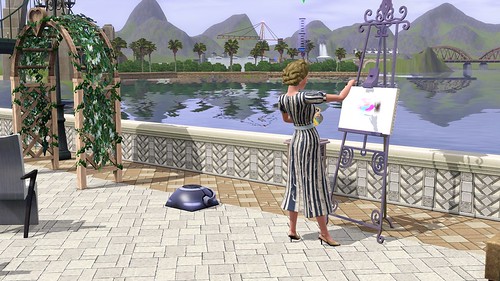 But if you finally have it all, you will face another problem. Each of the so called store worlds specializes and so lacks the features until you create or import specialized buildings to your favorite world. Thankfully there is a strong community for the creation of custom content for the Sims games, like Mod The Sims and The Sims Resource where some creative spirits have created more wholesome worlds. One of my personal favorites is Storybrook from My Sim Realty. 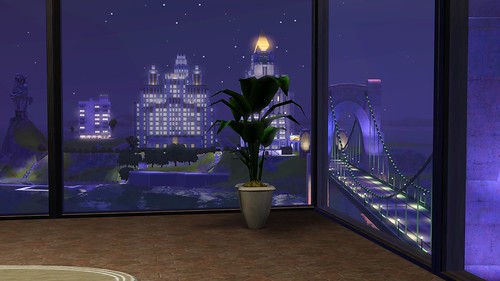 But than came the Store World of Roaring Hights and I have to say I loved it (even though I didn't buy it until it was out in stores and, again available for a reduced price). But as much as I liked it, it pretty quick become boring gameplaywise, because, again, I had to place a lot of spezialized buildings and change some of the already build ones to get a nice park for seasonal festivities, pubs and clubs and other places, like a horse farm (I really wanted to have horses for once in my game). And because Roaring Hights has such a special look consisting of Art Deco and Mediterranean Revival, I mostly had to build them from scratch. 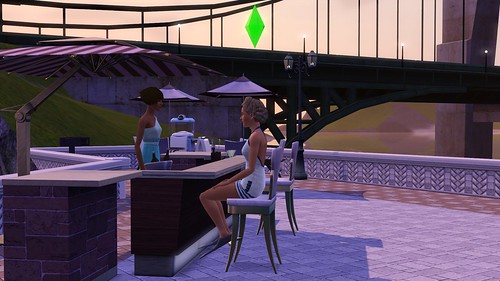 Also my favorite family was actually a bunch of Mermaids and at home in Isla Paradiso, which also is one of my favorite worlds, inherent stuttering not included. Roaring hights, despite it's many waterways, didn't really play well with the features of the Island Paradise Extension So I quickly formed the idea to build a world that caters to all I like about Roaring Hights and Isla Paradiso that also includes every gameplay from the other extensions, including some of the more "gamy" elements enabled by World Adventures and Isla Paradiso where you can go on "quests".

Thus the (hobby-)project Sagan Harbour was born and has now reached a level where I can proudly present my ongoing work.
Posted by SarahAndrea Royce at 3:39 AM No comments: